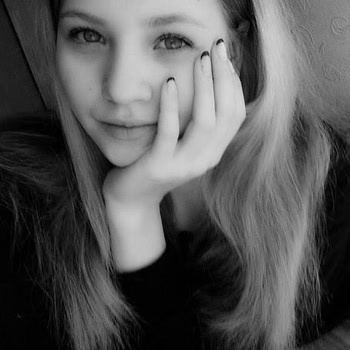 How to not give up in life?

Every individual craves success and flourishment. It is an innate urge of earthlings to make a substantive name and career in their respective niche. The constant desire to outstrip others and emerge as one of a kind makes them go to unprecedented lengths and exhaust every constructive demeanor to attain a high achieving career.

However, attaining success is easier said than done! One common predicament that constantly pulls down toilers from the road to success is constant hindrances and impediments. Various actualities can wreck the career of working hard to achieve their goals. This may include certain life events, rejection, failure, low spirits, disabilities, competition, or simply anything which slows or halts flourishing.

Hence, the real challenge boils down to always stay motivated, enthusiastic, and high-spirited no matter what life throws at you! Despite how many times life pulls an individual down and leaves them in complete ruins, they should learn to rise from the ashes. They should pull themselves together, buckle up and continue their regular hard work to become something substantive.

Take the example of a spider who falls many times while climbing a wall. At some instance, it finally reaches the top or is near its goal but still falls down. However, the spider never gives up and starts its hustle again to climb the wall until it reaches the top or on its desired destination. A tiny clumsy spider gives us an impactful message through its consistent actions, never to give up until one sets foot on its objectives.

Numerous examples in the world had lost everything, and their career ceased. However, they still picked themselves up from where life stopped them, and with extensive enthusiasm and high spirits, they continued their toil to become world-class personalities today. A mention-worthy example is the very famous entrepreneur Bill Gates, a Harvard dropout and co-owner of a failed business called Traf-O-Data. The passionate personality did not stop his struggle and launched Microsoft, which is now a massive success worldwide. Another example is the serial failure of Colonel Sanders, who started several companies but failed in every one of them. This was not the case until the American Businessman finally emerged victorious by hearing 'yes' after hearing 'no' 1009 times! By 1964, Colonel Sanders had 600 franchises selling his trademark chicken. He sold his company for $2 million.

Another fine example is the American actor Alex Barone who despite being physically disabled, has worked his heart out to become a leading artist in the challenging world of the film industry. Alex has undergone 43 surgeries in his lifetime. Every time life threw him in hot waters; he emerged even more stronger. His passion for staying active, fit, and staving off the stereotype of being disabled has made him everything from nothing.

He has worked with numerous famous personalities like Michael Keaton, Mila Kunis & Eli Roth. His recent work includes creating and hosting CryptTV's docu-series "A Little Different". He will play "Tucker Smith" in Hulu's upcoming miniseries "Dopesick." Further, he is all set to appear in the Netflix thriller, "Luckiest Girl Alive." Alex is also chosen to be in the 2019 ABC Discovers Showcase.

Alex is a motivational speaker and mentor at "No Limits Foundation: Camp No Limits." He plays a substantive role in raising awareness for those who are disabled. He believes that one should never give up on their life if one possesses the dreams of emerging as a second-to-none personality. Alex is an excellent example of success after consistent hard work and determination.

The rise of multi-hyphenate in the film industry

Another exceptional artist who is going great guns in the film industry is the phenomenal artist Julianna Pitt. The Polish-American artist started her journey as an actress in 2007