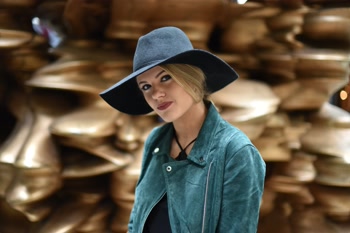 Being present in the moment

One of my big realizations happened at the college, in a sociology class called Modern Social Problems. The professor was great. I loved how he blended lectures with stories or examples that we could relate to and discuss as a class. One day he asked for a show of hands in response to the following question:

How many of you remember driving to class this morning?

Laughter and giggles broke out as faces looked puzzled, chins were rubbed, and hands were raised and dropped a few times. I raised my hand at first but, after thinking about it, I realized there were stretches in my ten-mile commute that I definitely didn’t remember. Finally, in a class of about twenty-five students, not one hand was raised.

I forget exactly what the discussion topic was all about, but I do remember this: it was one of my early realizations of how our minds can be so busy with our thoughts that we aren’t truly present. In our minds, we’re often replaying events from the past or imagining the future. Sometimes we’re having imaginary conversations with people we know and maybe some we don’t. We’re not in the moment, we’re not conscious of our surroundings, we’re not mindful. We’re not “in the now.”

If you can picture being on auto-pilot while driving, imagine that a deer suddenly jumps out in front of you.

You didn’t see it coming. Your emotional response is some combination of surprise, fear, shock, horror, or panic. In a split second, you decide to swerve to the right. You weren’t paying attention. Because you were startled, you just reacted in the best way you knew how at the moment. But it didn’t turn out well for the deer, for your car, or for you. You realize later that you had other options, and now your mind is filled with could haves and should haves and worries as you drive your rental car to work.

Things often go the same way with our communication. If we have sudden, unexpected emotional responses to something someone says or does, we’re likely to react without considering options, and the option we choose is usually the one we know best from long habit. And it might not be the best option. “But that’s normal,” I hear someone protest. Sure, it’s very normal and typical. But is it peaceful? Is it compassionate? Is it about the choice? Is it even related to what the other person said or did?

If the deer is headed to your right, why would you swerve to the right if you’re trying to avoid it? If you had been looking—if you were mindful—you would have seen other, better options. The same is true in communication. There are options that we might be aware of during a relaxed, calm time if we think about it. But at the time of a sudden emotional upset, we forget they’re there. We can’t see them, and we react out of habit because that’s all we can think of in that split second. We just react. Thing is, we can’t learn to respond in an emergency situation—think spouse, parents, kids, friends, neighbors, colleagues—if we don’t practice. If we aren’t familiar with our thinking and emotional responses during calm times, how can we manage them at stressful times?

Are you on auto-pilot and lost in thought when you’re interacting with or talking with someone?

One way to change our communication habits is to practice mindfulness in everyday activities.

Mindfulness is simply being in the moment and being aware. It can also be about “watching” as various thoughts and emotions arise, when and if they do.

Mindfulness: 10 practical exercises you can do almost anywhere

Mindfulness is about being "in the now" and being aware of what is going on right now. Here are some exercises you can do any time, with no special skills or preparation.